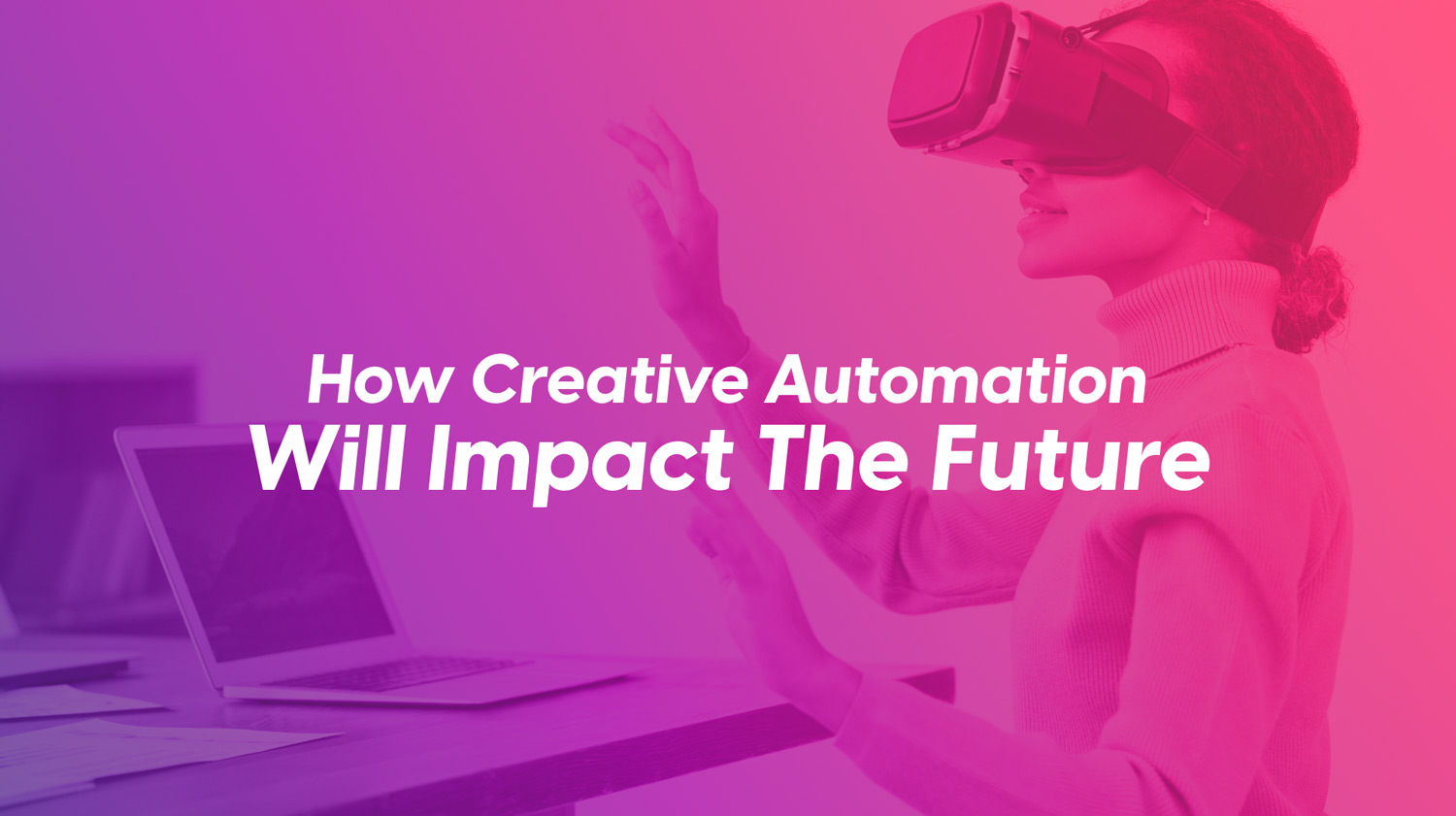 How Creative Automation Will Impact The Future

Artificial Intelligence (AI) in advertising is perceived as future tech—something we don’t commonly see in action today. This is both true and not true. Creative AI is in regular use and has come a long way. But the possibilities for creative automation in the future are still widely unknown.

According to IBM, creativity may be the ultimate moonshot for artificial intelligence. At the same time, advanced AI algorithms and machine learning are revolutionizing everything from copywriting to image generation—tasks that fall squarely in the creativity camp. Cosmopolitan even used AI to generate a magazine cover with the following prompt: “wide-angle shot from below of a female astronaut with an athletic feminine body walking with swagger toward the camera on Mars in an infinite universe, synthwave digital art.”

Additionally, automation has already been successfully integrated into platforms like AdCreative.ai to help businesses grow today. Let’s deep-dive into predictions on the future of creative automation and creative intelligence.

Is Creative Intelligence Here To Stay?

There are a lot of unknowns when it comes to the future of AI. However, Salesforce reported that 95% of interaction between brands and consumers was via AI at the end of 2021. That’s incredible!

To add another layer to this conversation, professionals in the AI industry have varied opinions on whether AI has the potential to become an independent, self-propelled creative partner or will continue to need support and inputs from humans. Even in the example from Cosmopolitan, multiple drafts, tests, and revisions were necessary to ultimately come up with the long prompt that produced the final cover image.

If you came from our article (Can AI Think Creatively?) on AI’s ability to think creatively, you know that there are strong arguments to support that it can. It’s not a question of if creative automation is here to stay. The question now is how far machine learning and deep learning can go—and what will ads of the future look like?

AI has achieved certain levels of creativity, but even today’s highly developed AI techniques and models have limitations or need human input.

Teaching AI certain emotions, like excitement or sadness, is something to think about for ads of the future. Computers can be programmed or taught within specific parameters of creativity set by the human building its algorithm. AI can also learn how to analyze whether people or end-users react positively to an image or ad, based on data such as its conversion rate. This ultimately can ensure that brand guidelines surrounding tone in imagery is more closely captured.

AI engines integrated into tools such as AdCreative.ai can adapt and adjust according to complex data, but can it read and appropriately react to emotions? The ultimate question for future tech is whether it’s possible to create an AI algorithm that computers can use to identify subjective concepts like emotion and tone.

The exciting part is that there are still many unknowns about how humans think creatively, too. It is believed that 95% of what professional artists and scientists do is exploratory, and perhaps the other 5% is genuinely transformational creativity. That means that AI algorithms aren’t as far behind as you might think in the race between understanding computer and human creativity.

With so much left to learn about human creative thinking, could some of it potentially be unfolded by AI itself?

Is There A Limit To AI And Creative Automation?

Although AI has become extremely powerful, a handful of human inputs are still required to make an AI-powered engine work. For instance, AdCreative.ai can build an unlimited number of ad variations. However, its creative automation still requires the user to set parameters and upload specific guidelines—although this is very simple.

AI already offers many benefits as an efficient and creative tool, but it will be interesting to see it develop and shape the ads of the future. For example, will integration between tools like DALL-E and platforms like AdCreative.ai be used in conjunction to rapidly craft and deploy one-of-a-kind ads across multiple mediums and channels?

Thought leaders ponder whether AI innovation will ultimately push creative automation to operate seamlessly without supervision or direction. But if that proves technically possible, should it be the goal?

Either way, AdCreative.ai isn’t slowing its run alongside this rapidly growing technology. We’re excited to be an advancing force in how AI changes the ads of the future.

Is It Too Early To Use AI Technology?

AI isn’t quite there as a full replica of the human mind. In some ways, though, it’s already far superior. AI can streamline or eliminate 99% of the tedious and mundane tasks behind the scenes—not just in digital media but across all industries leveraging data analytics.

For example, just a few years ago, you’d be on your own when it came to resizing and cropping ad creative for different formats using Adobe Photoshop, Illustrator, or InDesign. Even last year, users were sharing scripts on the Adobe message boards to help resize images more expeditiously. With AI-powered tools, these sorts of workarounds are a (literal) thing of the past.

Automation has unlimited potential to grow, and businesses are testing the limits of existing AI and creative intelligence to push it to new heights. Small and large companies already use AI-enabled chatbots.

Customer service is one of many industries taking advantage of AI and automation to help drive productivity and growth. Healthcare, finance, and retail industries reap the benefits of advanced cognition capabilities built from AI techniques. By 2023, AI chatbots will save 2.5 billion customer service hours, valued at about $11 billion annually. It’s estimated that 90% of customer interactions in 2022 will be AI-driven in the banking industry alone.

There is no doubt that other industries test and will continue to explore the capabilities of AI and creative automation. It is something we look forward to as future tech continues to grow at a pace never seen before. AdCreative.ai plans to stay on track and push the boundaries of AI capabilities and integrations to help businesses stay ahead of the curve.

If we already trust AI with our finances, what is there to fear in giving it some ownership over our ad creatives?

Future tech and ads of the future are already here through creative automation tools like AdCreative.ai, saving businesses time and money while increasing conversion rates.

Modern marketing strategies are moving faster than ever through the power of AI. AdCreative.ai will give you flexibility when focusing your energy on high-level demands to grow your business instead of the stress that comes with manually running an advertising campaign.

If you’re excited to scale your business and take it to the next level, let the power of AI help!